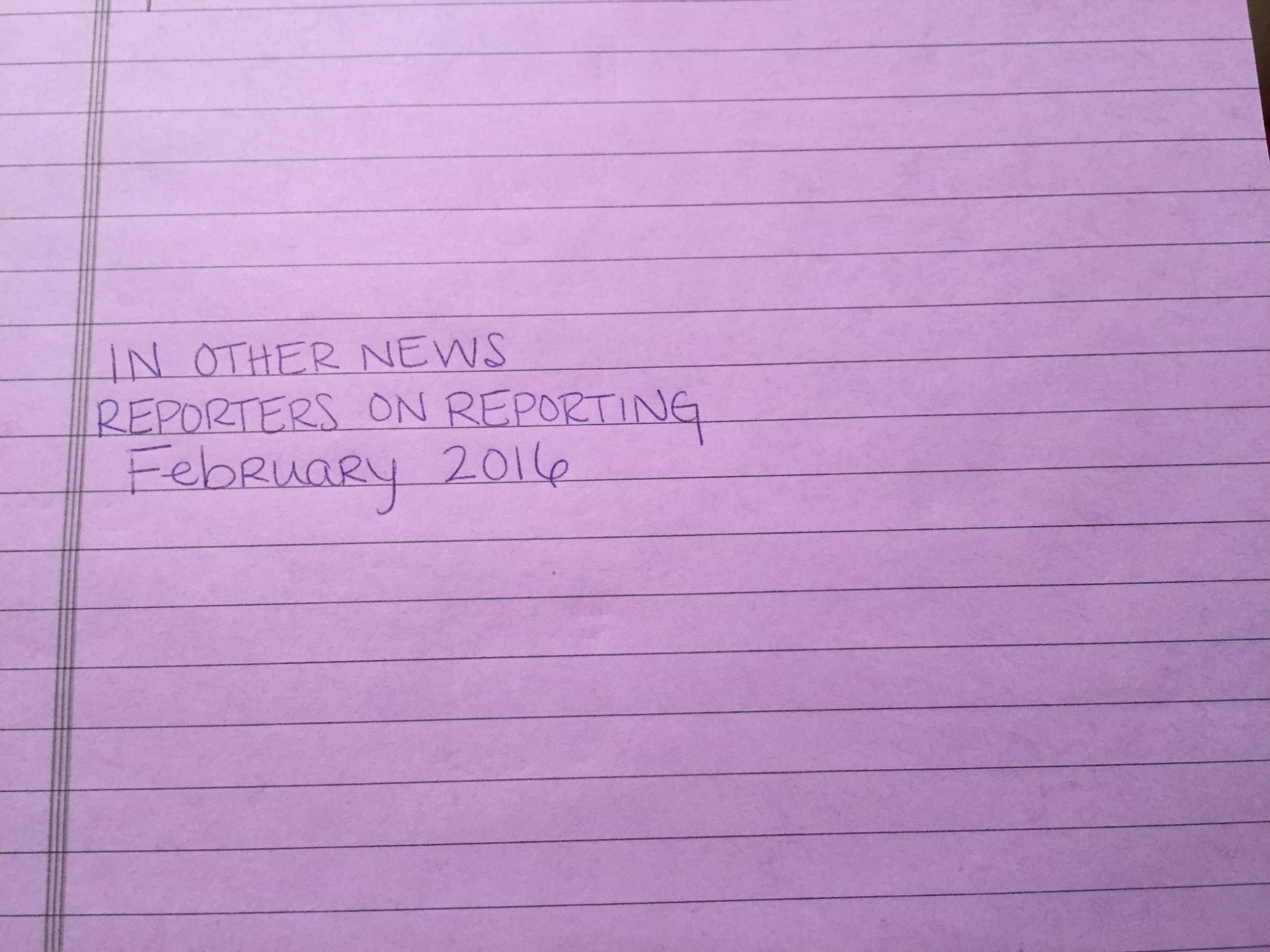 “Need inspiration? Watch ‘All the President’s Men’ for the 15th time or instead savor a chapter from ‘In Other News: Reporters on Reporting.’ You’ll get the tonic you need to tackle your own Watergate.” — Linda Austin, veteran editor and journalism educator

In Other News: Reporters on Reporting

Self-publishing time. Yes, that’s right. A book for journalists about journalists is underway. My talented friend and former co-worker Rosie Downey and I are writing our debut book, which is expected to be released in February 2016.

In Other News: Reporters on Reporting will profile a dozen journalists and detail their careers, give a behind-the-scenes look at some of their work and provide advice for aspiring and/or working journalists. Each chapter will focus on a different reporter or editor and will be similar to the website you’re viewing right now, particularly this profile here of Pulitzer Prize winner Michael J. Berens.

Rosie and I will be promoting the book this summer on Kickstarter, so expect updates and more details soon!
-Stephanie Forshee